Anybody who does so much as get out of bed on a semi-regular basis will have a list of essential items they can’t leave home without. Besides the obvious (phone, purse, keys), we’ve all got our own additions without which our bag feels empty. For me it’s my inhaler, glasses case, folding mirror, and Benefit’s Agent Zero Shine.

But when it comes to travelling, these essentials change. Again, there’s the obvious (passport, tickets, insurance documents, medical kit, hand sanitiser) but what about small things which make life that little bit more comfortable, even in the depths of a foreign country on a bus that first breathed life in 1932?  No one person will carry the same items in their rucksack, but friends often ask me what I won’t leave the country without.  So, if you’re in need of some inspiration, here are my travel essentials. 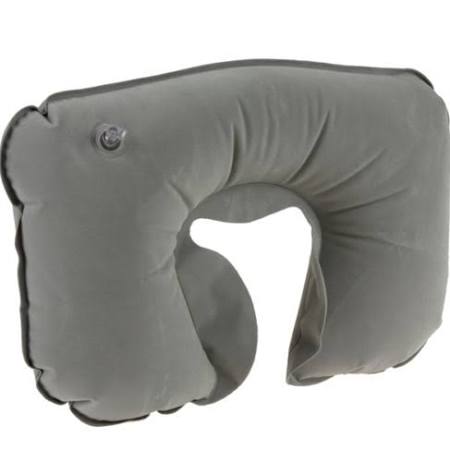 This is the only way I’m able to sleep on planes (since most of the time I fly on the cheapest airlines with a distinct lack of movable head supports).  It works a treat on buses, too, especially if you’re unlucky enough to be on the aisle seat and aren’t quite emotionally attached enough to your neighbour to rest your weary head upon his or her shoulder.  It’s not as comforting as the plush bean-filled pillows that are sold in airports, but being inflatable, it can fold down to the size of a small paperback which makes its transportation significantly easier.

I’ve bedded down with my eye mask in planes, hostels, buses, airports, even shabby hotel rooms when the curtains might as well not exist.  Overnight trains often have questionable timing when it comes to turning off (and on) the lights, so I won’t brave a sleeper train without my mask.

Go for lavender-filled to drift off with ease, and consider the elastic placement if you struggle to sleep with anything directly on the back of your head.  It’s worth shelling out a bit more for silk, especially if your eyes are easily irritated.

And again. I’ve snoozed a full 8 hours on a plane thanks to the holy trinity of pillow-mask-earplugs. I’ve also managed a half-decent night’s sleep in a Haridwar hotel room right next to a massive industrial fan which clanked astonishingly loudly. They’re one of those tiny items you’ll regret if you don’t have, but if they never get used, you won’t regret bringing.

The most effective version I’ve used are silicon, but I can’t use them since I got my tragus pierced as they tend to yank out the earring.  The cheap foam ones are generally fine (especially when they’re in a handy travel case). 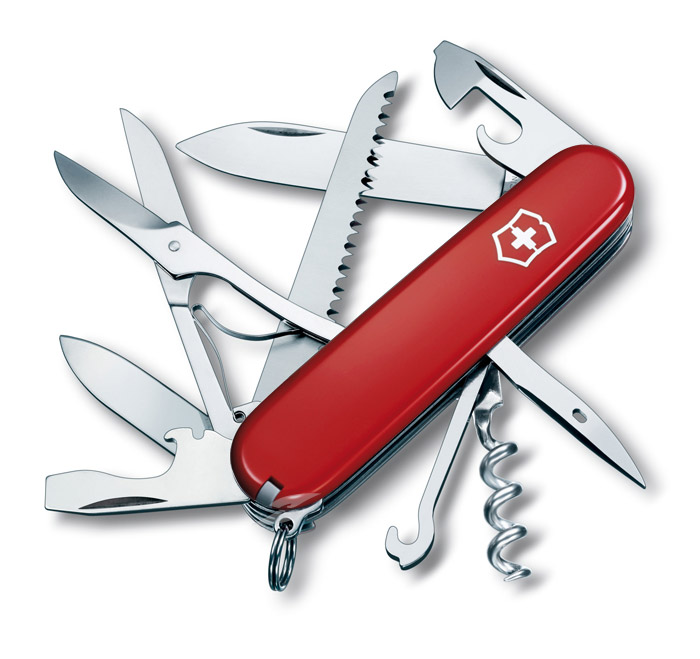 One time I was on a jungle trek in Laos on which we had been instructed to bring only the bare essentials.  We reached the treehouse where we would spend the night, and our guide realised to his horror that the bottle of wine he had brought was not screwtop.  (Yes, wine is clearly essential.  Moving on).  My fellow trekkers stared, crestfallen, at the impenetrable bottle until I produced my Swiss army knife with a grandiose flourish and we fell ravenously upon the wine.  You’re damn right it was a bare essential.

I’ll admit that the three parts I most commonly use are the corkscrew, scissors, and tweezers, but frankly anyone who reckons they can dismember a tree with the tiny saw is deluded or highly skilled.  In all honesty, I don’t know what half the stuff does, but I’ve used them all for my own means and effectively so, from cutting plasters to trimming hard edges, fixing broken zips, opening cans, and pulling out splinters.

Just don’t forget to transfer it back to your main luggage when you fly home.  I lost my first and favourite (and personalised) knife this way – and managed to make the same mistake again a few years later, saved only thanks to my boyfriend’s quick thinking (he gave it to a fellow (extremely trusting) passenger who was yet to check in, and we retrieved it at Heathrow).  My current version is the Huntsman, although next time I think I’ll go for the Ranger with the Phillips screwdriver.

In the olden days I used to take a thick cardigan which I could curl up underneath, until I realised how much more versatile scarves are. The ubiquitous popularity of the pashmina in the mid-noughties led it to become my weapon of choice for its width, length, and good insulation; but this year “blanket scarves” are literally everywhere and I am all over these bad boys – or rather they’re all over me. I’m hoping some nice family member will give me one for Christmas because I intend it to become my new rucksack staple. How about this one?  Or this one?  Or even this cape . . .

I always take three.  We get so used to tapping away on our phones and tablets that it takes us by surprise when we need to scribble something down with old-fashioned ink.  But travelling is all about notes and reminders, whether it’s your hotel address, the correct pronounciation of your host’s name, or an amazing cafe suggestion.  One pen will break, and you’ll probably lose the other one.  You may even give them away.  So carry three.

If you’re rabidly anti-guide-book (to each their own) then don’t forget a little notepad, too.

In hostels and cheap hotels, this will save your life – or at least your belongings.  Many hostels offer security boxes or lockers but expect you to provide your own lock.  You can usually borrow or buy one, but at a vastly inflated price – and god knows who else has the key.  Sometimes you can lock your hotel room door from the inside with a padlock (and if you can, then you probably should).  I once used mine to lash my rucksack to an Indian train which was notorious for thefts – but I did so with the help of a chain, which I’d bought for the purpose.  I wouldn’t recommend lugging around a chain; they’re bloody heavy and it’s the only time I’ve ever used it.  But the padlock, though hefty, is worth the extra weight.

My padlock is about 3cm wide, with a thick shackle, and I like to hang the key around my neck, but it’s personal preference if you’d rather go for a combination lock.  Obviously any padlock can be broken with a bolt cutter, but it’s an effective deterrent.  Beware the freebies that come attached to a suitcase, with a visible gap between the shackle and the body – they can basically be prised apart with bare hands.

8) Lipbalm in a tube

Contrary to popular belief, travelling is not about making your life as painful as possible, nor is it about abandoning all of life’s little luxuries.  That said, I don’t consider lip balm to be a luxury.  Fact is that if the weather is particularly dry, and your lips get chapped or even cut, then that balm is a medical necessity.  Not in a pot – you want to avoid touching your mouth.  Just the cheap stuff.  I personally like Boots’ essential strawberry lipsalve which is worth all 100 of its lip-soothing pennies, or Carmex for that nice tingly feeling.  Carry a tube of balm, and don’t make your life a misery just for the sake of it.

This is a personal one.  I hate jagged nails, mostly because they’re irritating and catch on stuff, but also because they can rip down and get infected (sorry).  Cutting them with scissors makes me shudder.  So I always have nail files to hand, even when I’m hiking in the mountains or camping in the jungle.  I never leave home without at least one, and you’d be amazed by how many big tough travellers have asked to borrow them.

Many a friend has been made on a long train journey or new hostel with the aid of Spit, Go Fish, or the universal ice-breaker, Shithead.  If you’re the one who can provide the cards, you will single-handedly supply joy and entertainment and most importantly, become the coolest and sexiest person in the group.  All because you didn’t throw away the pack you once got in a Christmas cracker.  My extremely well-used pack came from a street vendor in New Delhi and claim to be Prada (they aren’t).  You could consider hauling around Cards Against Humanity, but the box is a lot more cumbersome, and you’re unlikely to make quite so many friends this way.  Best stick to Snap.

Do you agree?  How many of these do you carry already – and which might you now consider?  What are your travel essentials?